Celebrating a Century of Christ-Centered Education at Lee University 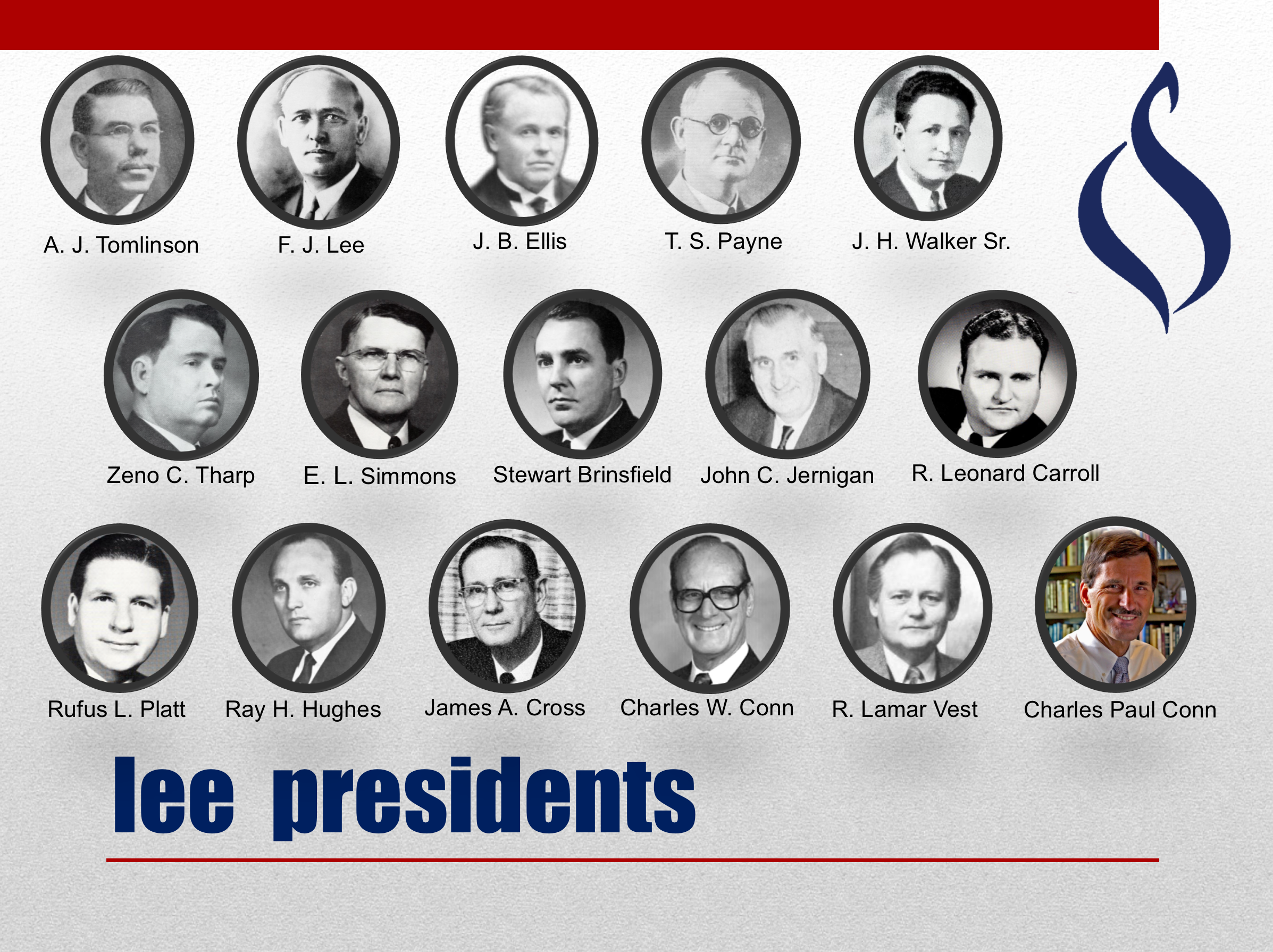 Since the beginning of the school in 1918 as the Bible Training School, what is now Lee University has been led by 16 individuals. From 1918 to 1922 the school was under the supervision of A.J. Tomlinson, who was the general leader of the Church of God (Cleveland) during that time. Nora Chambers was selected as the first teacher. In 1922 the sponsoring denomination created the office of Superintendent of Education, and F.J. Lee was elected to fulfill those duties. From 1926 to 1935 the superintendent of the school was appointed by the Board of Education of the denomination. In 1942 the title was changed to "President of Bible Training School and College" and the office was appointed by the school's Board of Directors, which process continues presently. The longest serving president of the institution is Dr. Paul Conn, who currently is serving his 32nd year in this role. The late Dr. Charles W. Conn is the only individual to have been honored with the title "President Emeritus." He served as president of the school from 1970 to 1982. The presidents of the institution include:

Enter your e-mail address to receive notifications of new posts by e-mail.