Biographical criticism investigates the life of an author using primary texts, such as letters, diaries, and other documents, that might reveal the experiences, thoughts, and feelings that led to the creation of a literary work.

Formalistic criticism examines plot, characterization, dialogue, point of view, setting, and style to show how these elements contribute to the theme or unity of the literary work. The meaning and value of a literary work resides in the text itself, independent of the author's intent. This approach stresses the close reading of the text and insists that all statements about the work be supported by references to the text.

Philosophical (or moral) criticism evaluates the ethical content of literary works. However, these critics evaluate the work in its totality, not passages taken out of context. Philosophical critics acknowledge that literature can have positive effects on people by increasing their compassion and moral sensitivity, but it can have negative effects on people, too. If humans are rational, they will listen to reason when it is spoken; and they will reject evil and embrace good.

Sociological criticism focuses on the relationship between literature and society, the social function of literature. Literature is always produced in a social context. Writers may affirm or criticize the values of the society in which they live, but they write for an audience and that audience is society.

Archetypal criticism examines recurring patterns that represent universal situations and experiences. The archetypal critic assumes that human beings all over the world have basic experiences in common and have developed similar stories, characters, and symbols to express these experiences. 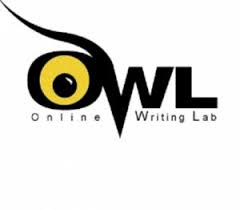 These research starters, supplied by Salem Press through the library's EBSCO Discovery Service, provide an excellent place to begin your research.  Each research starter gives a brief summary of some of the popular literary theories or schools of criticism and each entry includes a bibliography.  Use these research starters to become more familiar with the different literary and critical theories and to look for words, terms and phrases that might help you develop your search strategy.

Remember: the bibliography or works cited page of any work is a vital resource; it can lead you to other credible resources to use in your research! 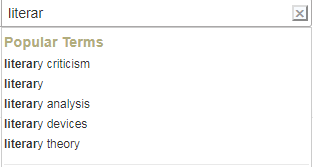